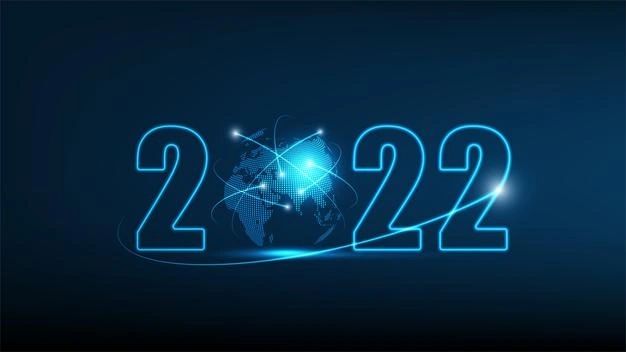 The Beatles Show and Cash Box #440

Please pardon us as site construction is still in progress.

In the meantime, you can still enjoy the latest edition of Cashbox online.

Just click the cover image to open and view!

Check back soon as we work toward completion of the new site...thanks for your patience!

I was raised in a small town called Loudonville in Central Ohio. Spent the first 32 years of my life playing music in area clubs and bars. As it says in the Bible, sin is fun for a season, but the destruction that is done to your body and to your life in general last a lifetime. I spent those years of my life drinking, taking drugs, and many other things. I was trying to fill the void and the emptiness that I always felt inside.

My family were never church goers when I was growing up so I had never experienced anything like the following story I am about to share with you. In 2001 my wife and I were invited to a baptism of my wife's uncle. Her family's church performed their baptisms in a small river outside of town. When we walked over the hill to a clearing near the river, there were people everywhere lining the creek bank. A couple of preachers lead my mother in law's brother into the water, raised their hands in the air and said, 'we baptize this our brother, in the name of the Father, the Son, and the Holy Ghost' and dunked him under the water.  When they pulled him up, he had a glow about him and the congregation began singing, lets all gather by the river (It tore me up). At that minute I decided I wanted a change. I was so tired of the life I was living!  Conveniently, they had a revival the following week, my wife and I attended, she was saved on Thursday, and I was saved on Friday. A couple of weeks later we were baptized in that same river, and we have been blessed ever since.  Thank you Lord for saving Me!!!

I was raised in a home where I was surrounded by musicians. My Father had a country band called James Paul And The Blue Country featuring little Jimmy on the lead guitar (my older brother).  His band always had band practice at our house so their instruments were always set up in the sun room.  At five years old I began standing behind the drums and started teaching myself beats that I had saw my dad's drummer playing. My dad took notice and bought me a drum set for my sixth birthday. A year later I join my first band called Iron Fist. We played Kiss, Peter Frampton, and stuff of that era. We played Jr. High school dances and that kind of stuff and we weren't bad.

A year later, My brother Jimmy started a group called The Country Kids, the oldest guy in the band was 13 years old. By this time my brother was 12 and a seasoned veteran, with five years of experience playing with dad. The band was an overnight success, we were playing state fairs, and for other large crowds, then one day we grew up.

We played in several bands throughout the years but our greatest success came when I was in high school, The Ramblin Band. We were opening up for large bands like, Charlie Daniels, David Allan Co, Emilio Harris, Tom T. Hall, Ray Stevens, and many others. We were playing in front of thousands of people every month, playing live on television and even sang on a Christmas special. That group broke up and a few years later I gave my heart to the Lord.

I sing solely for God now and absolutely love what I'm doing....

STONED AMERICA is a unique country rock band that draws from both classic rock and classic country influences. Their style is based on strong melodies and raw emotion. Influences include: The Rolling Stones, Dwight Yoakam, Kentucky Headhunters and Hank Williams Jr. to name a few. Stoned America’s original songs are written by Singer / Guitarist Jim Leslie who has a history of performing around the Northwest as well as far-away places such as Japan, Australia, Korea, British Islands, and Nashville, to name a few. Jim has shared the stage with many well known artists such as Clint Black, Eric Church, Highway 101, Julie Roberts, Jr. Brown, Trent Tomlinson, Chris Night, Collin Raye, and Billy Bob Thornton. Although raised on country music, Jim credits his relatives for introducing him to classic rock especially the Rolling Stones. His guitar style is also influenced by David Bowie, Mick Ronson, Mott The Hoople / Mick Ralphs.   Joining him are Fred Holzman on drums and backing vocals, Fred is well known in the Northwest as a premier drummer whose band The Davanos were voted best band in Seattle in 2018. Phil ( Pinenut ) Blodgett provides bass guitar, Phil first gained notoriety in the mid 60's with his band The Wellington Five. Jim and Phil became acquainted early 80's while Phil was in a band named Pacific NW Steam Co. Together STONED AMERICA delivers a powerful unique raw sound. Stoned America looks forward to seeing fans old and new in the summer of 2022 as they get ready to release a new album and back to performing live.

Travis VanderHorst is a country music artist that has the perfect vocal blend of traditional country music and today’s fresh sound. His voice will draw you in and leave you wanting more. Born in 1994 in Orlando, Florida, Travis spent much of his younger years in a small town of Bellevue, Ohio. This is where Travis was introduced to the traditional country music sound of artists like Randy Travis, Alan Jackson, Travis Tritt and many others. Travis gravitated to the music and was competing in local country fair talent shows at the age of 5. His charisma, charm and vocal sound helped build a fan base and the passion to find his way to small local stages.   Travis moved to Georgia in 2005 and in 2016 started a popular small town band called Five Speed. With Travis as the lead singer and the talented musicians, the band won several prestigious competitions including Nash Next Atlanta and was voted Georgia Country Band of the Year. Five Speed opened for artists including Florida Georgia Line, Wynn Varble and Craig Campbell. Their single “Life in Dixie” made radio play and held the #1 spot on Backyard Country ( 94.9 The Bull ) for several weeks.  Travis released his first solo single “Honey Turn down the Lights” on August 18th 2021. This beautiful country ballad truly shows off the uniquely blended smooth vocals of yesterday and today. This is a love song for the ages. Travis is set to release more solo music and will continue striving towards his dreams of the big stages.

Travis Vanderhorst - All The Time

This Girl Needs A Night on the town

Lori Hardman - I Found An Angel

Lori Hardman – I Found an Angel

Kristy Joy Smith’s New Single Release is About to “Reach” For the Top!

Paul Arow - On The Border Line

Beginning January 8,2022 Cashbox and Record World will once again bring back singles reviews. Send your Mp3 or Wav song to usmusicchartsmagazine@gmail.com or for vinyl release send to Cashbox Magazine 82 McFadden Lane, Ridgeway, S.C. 29130.  Singles are reviewed independently and results are independent of both magazines.

"Music Lover"    By Michael Steven Peace (Original) When I wrote this song, many years ago, I had a duet in mind.  I looked for a really good girl singer, but they are hard to find.  About 10 years ago, while I was working at a company called ISI I met a girl named Angela Lockhart.

Sign up to hear upcoming shows, albums, and events.